This is where all of the Age of Revolutions role-plays are archived.
Locked
1 post • Page 1 of 1

((I've made a lot of friends on this site since my first RP, and I'd like to let them all know: I would be happy if you DID NOT join this one. Unless you feel you haven't RP'ed with me that often, please stay away. I feel that I should make some new friends and open up to a wider range of people. With that being said, that doesn't mean I won't mind a friend of mine to join if they PM'ed me and asked pretty pretty please with a cherry on top))

"Almond, your bags are packed, if you don't leave now, you'll miss the boat!"

Almond shook his head, "NO, I can't leave without her!"

"She'll be fine, I'll take good care of her. Please, this is your last chance!"

Though not so reassured, he had no choice. Almond would have to leave his home, his wife, his kids, all because of one man. Almond turned to his servant: a short and stubborn red fox. The expression on his face was dead serious as he looked up at Almond; he made up his mind. "Fine...just keep them safe, I don't want those vultures of the law holding them for leverage against me." The fox nodded, looking out the window of Almond's bedroom. He could see the port of Glasgow stretch-out across the city. There were soldiers carrying muskets raiding the homes, shouting out, "We know you're here, Bradford, come out now!"

Almond gathered his things and raced down stairs, his wife was waiting for him at the front entrance. The children where in the basement, hidden in case of the soldiers breaking in. Stopping for a moment, Almond was at a lose for words. "Clara...I-"

She put up her index finger and pressed it to his lips, tears were in her eyes. "Hush, now...just come back to us soon."

Almond grasped her hand, putting it to his face and kissing it. "Don't worry, I'll return with my named cleared, I promise."

"Master, we must go, quickly!"

Almond turned away from Clara for a moment to reply to Charles. "Yes, yes, just get my things to the boat, I'll be there!" The fox nodded, picking up his luggage and running out the door. "I love you, Clara. Keep the children safe."

"I will...goodbye..." Almond was out the door as he blew a parting kiss to Clara, following his servant to the escape boat. As he approached the ship, he realize something, and it wasn't exactly "desirable" in his eyes. "I HAVE TO RIDE WITH COMMONERS?!"

The fox winced at the sound of his master's voice ripping through the city. "Please sir, quiet down, the guards will notice-"

"I don't care if those damned guards hear anything! I worked all my life to live up in my name, and in return, I have to ride with these...these...rotten little scumbags?!" Almond stopped to take a breath, and saw just how many people were looking at him. He sighed, a tad embarrassed.

Charles shook his head. He always gets like this...he's going to have to learn that you can't always be picky. "Sir, if I may suggest, a bit more of a subtle approach may prove useful, considering you're a wanted man. IF I were to get you your own private ship, the guards would suspect your escape."

Almond nodded, "Yes...I'm sorry about that, I shouldn't have lost it like that, I'm just frustrated."

"Well, once you're on the ship, you'll be heading straight to Gawain, from there you should be able to gather up your men. It would be helpful to get to know some of the people you're riding with, they may be useful."

Once on the ship, Almond dropped his things off into the storage compartment of the ship, and other people piled on. "Charles, I bid you farewell, make sure Clara and my children are taken care of, and don't you even think of taking a thing from my wine cellar."

He nodded, smiling brightly. "Don't worry, sir, they'll be safe with me."

Now Almond was on his own, he walked around the ship, hoping to find someone to talk to or even befriend.

(This is where you'll join in, whether or not you explain what brought you to the boat is up to you)
Proudly supporting our soldiers out in Afghanistan and Iraq. Get the job done, then come back home. 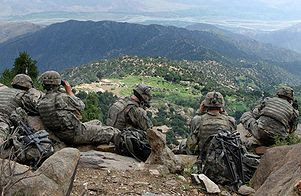 Return to “Age of Revolutions Role-Plays”